A legal complaint has been filed by a New York plaintiff, stipulating that manufacturer C.R. Bard Inc. is responsible for the injuries she sustained from a Bard Ventralix Hernia Patch.

According to the lawsuit, the Bard Ventralix Hernia Patch was made of materials that are incompatible in a biological sense with human tissue, which can cause negative reactions and may be even lead to serious side effects.

According to the Bard Ventralix Hernia Patch lawsuit, defendant C.R. Bard knew about these dangers or should have known about the unreasonably harmful aspects of the product. 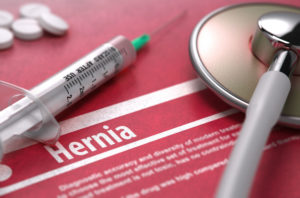 The lawsuit alleges that the Bard Ventralix Hernia Patch has been marketed as a reliable, effective, and safe device to the health care and medical community and that it can be implanted with minimally invasive and effective surgical techniques.

In comparison with other similar products, the Bard Ventralix Hernia Patch is marketed as more effective and safer.

In 2015, when the plaintiff received an operation to repair an incarcerated ventral hernia, the Bard Ventralix Hernia Patch was used. According to the lawsuit, the defendant failed to perform appropriate testing and research to identify both the benefits and the risks of the product.

According to the legal claim, suitable and feasible alternatives to the product used in that surgery do not present the same severity of risks.

The plaintiff alleges that any person who has been surgically implanted with the product is at a much higher risk of life-threatening complications because the hernia mesh can erode into the bowel, require multiple revision surgeries for partial bowel removal, or extraction of the device, colostomies, weeks of hospitalization, systemic infections and may impact both the small and large intestines.

In addition to suffering severe physical injuries, the plaintiff alleges that she suffered pain, and mental anguish and will likely have to go through additional medical procedures and treatments as a result of the defective Bard Ventralix Hernia Patch.

When any medical device doesn’t function as intended or as advertised, an injured party may choose to initiate a legal claim. In recent years, an alarming number of adverse event reports regarding medical devices have been filed with the FDA.

Many of these have prompted claims that the manufacturer knew about the risks or should have known about them and failed to warn doctors and consumers. Defective medical devices have become a common form of product liability lawsuits..

The stakes are very high with a defective medical device because the consumer might be under the impression it’s been properly researched and tested. Any consumer using a medical device has probably been recommended to do so after consulting with a physician, but lack of proper warning from the product manufacturer directly can expose patients to life-threatening injuries.

If you’ve been seriously injured by a medical device that you believe to be defective, you may be able to hold the manufacturer responsible by scheduling a consultation with an experienced attorney. The lawyers at McDonald Worley are here to help.