Allegedly, the plaintiff driver was operating a motor vehicle in Texas at the time of the accident.. On Feb. 15, 2016, both plaintiffs were inside a car traveling in the far-left lane in Cameron County, Texas.

The truck driver was going eastbound immediately in front of the plaintiffs while operating a 2016 Freightliner tractor trailer truck and pulling a trailer owned by C.R. England.

Suddenly, and without warning, the tractor trailer allegedly reversed and hit the plaintiffs’ vehicle violently, causing the plaintiffs inside that vehicle to suffer critical bodily injury and property damage.

The tractor-trailer accident lawsuit states that the driver of the truck was going at a high rate of speed at the time and failed to control the speed of his motor vehicle by improperly yielding the right of way to other vehicles. 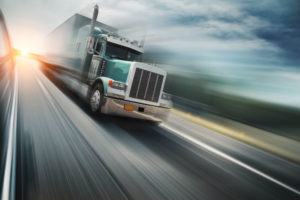 He is also accused of driver inattention, failing to avoid the incident in question, failing to operate his vehicle in a prudent and safe manner and failing to keep a proper lookout for other vehicles using the roadway.

C.R. England was named as jointly responsible in the lawsuit as is common in trucking accidents..

According to the tractor-trailer accident lawsuit, both the truck driver and his employer were responsible for the safe operation of the tractor trailer at issue.

The lawsuit states that the driver of the tractor trailer had a responsibility to exercise the degree of care that a reasonable person would have done in a similar situation but the reckless disregard, negligence, and carelessness of the breach of said duty caused injuries to the plaintiffs.

Tractor trailer accidents pose a serious risk to anyone involved because of the size and weight of commercial trucks. Especially if the tractor trailer is not attached properly or if dangerous chemicals are onboard, the potential for multiple-car collisions and severe injuries are more likely.

Common injuries associated with tractor trailer accidents include broken bones, head injuries, whiplash, internal organ damage and bleeding, and burns. While the truck driver might be named responsible for the accident, the trucking company could also be held liable for negligent hiring or training.

A tractor-trailer accident lawsuit may be filed against a truck driver and any other negligent parties including the employer of a negligent or inattentive truck driver..

The Tractor-Trailer Accident Lawsuit is Karen R. v. Calderon and CR England, Case No. 1:17-cv-00244, in the District Court in Cameron County, Texas.

If you’ve been hurt in a tractor-trailer accident, schedule a consultation with the lawyers at McDonald Worley. The case evaluation is FREE!