A severe motor vehicle collision that occurred in an Avis Budget Car Rental parking lot has prompted a lawsuit seeking compensation for injuries sustained by a Texas driver.

The accident occurred on Dec. 26, 2015 while plaintiff Tangila R. was sitting in her non-moving vehicle within the Avis parking lot in Harris County, Texas.

The employee named in the Avis accident lawsuit was allegedly operating a box truck on behalf of Avis Budget Car Rental at the time. According to the lawsuit, the Avis employee failed to safely operate the large box truck and was going at an excessive speed when he crashed into the plaintiff’s vehicle. The plaintiff was severely injured as a result of the crash. 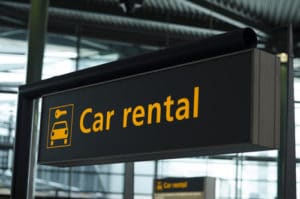 The Avis accident lawsuit says the defendant, Avis Budget Car rental, was responsible for the management, hiring and training of employees.

The defendant’s driver was accused of failing to maintain a safe lookout, failing to apply brakes in a timely fashion, failing to drive at a reasonable speed for the circumstances and failing to pay attention to the traffic around him.

The plaintiff alleges that she had to receive medical care and experienced severe pain after the accident.

The Avis accident lawsuit claims the company was responsible for failing to conduct ongoing driver training, failing to properly train drivers to begin with, failing to implement appropriate screening policies for the drivers, negligently training, hiring and retaining the box truck driver, failing to adequately monitor drivers in their performance and failing to act as a prudent and reasonable company would have done under similar circumstances.

The Avis accident lawsuit was filed on behalf of the plaintiff seeking compensation for past and future mental anguish and physical pain, past and future lost earning capacity, past and future physical impairment, and all reasonably necessary medical expenses associated with the accident.

The medical costs associated with a vehicle accident may be high depending on the diagnoses received by the patient. Brain injuries, whiplash, broken bones, and other problems can lead to extensive medical care and costs.

Drivers and employers of a driver involved in an accident, may be held responsible in a legal claim in the event that someone suffers severe and life-changing injuries.

Determining liability in such an injury claim is one of the most important steps for a victim as claims may be pursued against multiple entities.

If you’ve been injured because of a negligent driver, you may also have grounds against their employer.

Consult with an experienced attorney at McDonald Worley today. The case review is FREE.