Head-on Accident with a Semi-Truck Leads to Severe Injuries

A trial is currently underway in a California state court, after a head-on accident with a semi-truck led to catastrophic consequences.

According to a lawsuit filed by those injured in the head-on accident with a semi-truck, the motorists are owed millions because of the severe and continuing medical conditions associated with the crash.

The head-on collision with a semi-truck lawsuit attorneys asked the jury in those cases to award significant resources to those who suffered.

Two parties who were critically injured in the head-on accident with a semi-truck were driving on state route 14 in 2014 when a semi-truck driver crossed over into the oncoming lane and struck them immediately.

The truck driver admitted responsibility for the accident, meaning that jurors only have the job of identifying whether or not punitive damages should be awarded and the amount of compensatory damages to be awarded by those struck in the head-on accident with a semi-truck.

Attorneys for the victims said that the future medical expenses will be more than $7 million and that pain and suffering money could amount to much more.

The head-on accident with a semi-truck lawsuit attorneys say that one of the parties was left with a traumatic brain injury and chronic back problems and the other person’s arm was so badly crushed that he has had to go through 30 different surgeries to avoid amputation.

Accidents involving large trucks going the wrong direction or being in the wrong lane can have catastrophic consequences for victims because the victims may have little to no opportunity to get out of the way of a heavy and dangerous truck. Both of the victims feel the far-reaching consequences of being struck in a head-on accident with a semi-truck. 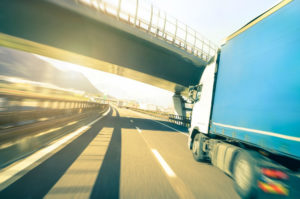 One of them is limited only to a desk job and struggles with chronic pain on a daily basis in addition to the emotional side effects linked to his brain injury.

The defendants in this case have alleged that the victims are overestimating the severity of their injuries, leading the victims to fight back by saying that the company and driver are refusing to be held accountable for a preventable accident.

Although the driver in this case admitted fault, it is not always easy to identify who could be held responsible for an accident. With any incident involving a semi-truck, a proper investigation of the accident scene needs to be completed as soon as possible.

More than one party could be held liable in an accident claim, including a manufacturer of a defective part that caused a driver to lose control or even the employer company for negligent hiring and supervision of the truck driver.

The attorneys at McDonald Worley are currently investigating claims brought forward by victims hurt in a head-on accident with a semi-truck. Fill out the form on this page to learn more about the next steps to protect you and your family in the wake of such a devastating accident.