The lawsuit has been filed against the manufacturer C.R. Bard alleging manufacturing defects, design defects, negligence in design and manufacture and failure to warn, in addition to failure to retrofit.

Furthermore, the Denali vena cava filter lawsuit alleges breach of express and implied warranty and fraudulent concealment. This is not the first patient or estate representative who has initiated a legal claim against the manufacturer.

According to the court documents filed in the Denali vena cava filter lawsuit, the manufacturer knew about the serious risks and made an effort to misrepresent and conceal the risks associated with IVC filters.

Many different adverse event reports were filed directly with the FDA after patients suffered severe and even life-threatening injuries due to problems with IVC filters such as the Denali vena cava filter.

Initially, the FDA approved usage of the early model IVC filters developed by Bard, but the later models, including the Denali, did not require their own rounds of clinical testing because the manufacturer alleged it was substantially similar to the already-approved versions. 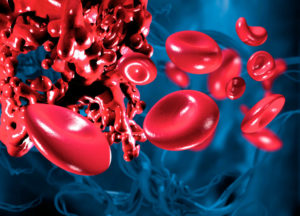 According to some IVC filter lawsuits, this allowed flaws to pass down through generations of defective filters. One of the most commonly-reported issue from patients who had these filters implanted is that of device fracture.

When the device breaks down and migrates throughout the body, it can endanger or puncture the patient internally, causing serious complications or infections. Device fracture also makes it more difficult to remove the implanted device if doctors determine that course of action is best for the patient.

The Denali vena cava filter was first approved by the FDA in 2015 and it was the latest generation device in the IVC filter line produced by C.R. Bard. However, defects caused damage to the general public, according to the lawsuit filed against the manufacturer due to the substantially similar defects that caused injuries to the plaintiff.

According to the lawsuit, Bard IVC filters were made in an unsafe and defective condition. It was substantially and unreasonably dangerous for any consumer who had an IVC filter implanted, even when the filters were used in an intended or reasonably foreseeable way.

If you or someone you know has been significantly affected by a situation like this, including damage caused by a Denali vena cava filter, consult with the experienced attorneys at McDonald Worley today.