An Illinois man alleges that Cook Medical designed and manufactures defective IVC filters and the one he was implanted with caused severe injuries.

The plaintiff, David H., claims he was implanted with a Cook heart filter on July 23, 2007 in the Columbus Regional Hospital in Indiana.

David says that Cook’s IVC filter presented an increased risk for severe medical complications, and even death, but Cook failed to warn doctors and patients about the risk.

The plaintiff joins others who allege that Cook Inc., Cook Medical LLC, and William Cook Europe ApS intentionally, recklessly and/or negligently failed to act when they discovered the Cook heart filter was defective.

“Cook IVC Filters are associated with, and cause, an increased risk for serious injury and death as a result of adverse events including: tilting, perforation, fracture, breakage and migration,” alleges the lawsuit. 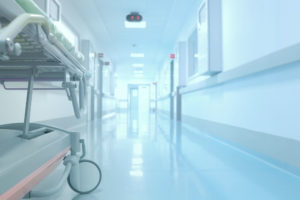 The plaintiff and others who were implanted with the Cook heart filter have been subject to a number of damages due to these defects.

Damages include additional medical bills, lost earnings, current and future harm and emotional trauma, according to the lawsuit.

The lawsuit alleges that the Cook heart filter was designed to be retrievable. Prior to retrievable IVC filters, the implants were meant to be permanent.

Retrievable IVC filters, like the Cook heart filter were meant to prevent pulmonary emboli, but the defects cause serious risks to patients, says the lawsuit.

According to the lawsuit, Cook heart filters can break apart and migrate to a patient’s heart, lungs, or brain, leading to serious medical complications and even death.

The lawsuit alleges that Cook heart filters are especially prone to breaking or fracturing. The lawsuit claims that 40 percent of all patients implanted with a Cook heart filter suffer a perforation; however, the device makers failed to address the problem or warn the public.

Food and Drug Administration approval of the device was based on evaluations of the permanent IVC filters on the market at the time, claims the lawsuit. The Cook heart filter makers did not do adequate research to ensure the device was safe before obtaining FDA approval.

Further, says the lawsuit, even after Cook became aware of the defects in the heart filter, it did not act to fix the problem or warn doctors and patients.

Even after studies showed that the Cook heart filter was prone to tilting and/or perforating, “the Defendants continued to promote the Cook Filter as safe and effective even when inadequate clinical trials had been performed to support long or short to safety and/or efficacy,” alleges the lawsuit.

In fact, points out the plaintiff, Cook says that the material used in its IVC filter “reduces the risk of fracture.”

If you or a loved one has been implanted with a Cook heart filter and suffered severe medical complications, consider contacting an attorney.