In 2015, a worker for JC Fodale Energy Services LLC, a private oil field services company, struck the plaintiff on I-35 in San Antonio. The victim was involved in gridlocked traffic in the area when she was suddenly rear-ended. She argued that the accident could have been prevented and that it was due to the negligent and distracted behavior of the company driver.

According to the car wreck settlement lawsuit, the plaintiff’s vehicle was shoved off of the road and into the left side median and she suffered back, shoulder and neck injuries as a result of the accident. Immediately, that driver and the company employing him denied responsibility for the crash but three weeks of the trial and information from safety and cell phone experts led the jury to award a $45 million car wreck settlement.

Allegedly, the plaintiff argued that a lack of safety management through the corporate programs managed by the company employing the driver was the primary cause of the accident. Looking at a cell phone while operating a vehicle is always dangerous but particularly so in traffic. The lack of safety management through the corporate executives to the company ultimately led to this high car wreck settlement.

The defendant’s argument in the car wreck settlement lawsuit was that the rear end collision was caused by stopping abruptly or traffic slowing. However, it was discovered during the trial that the driver was operating his cell phone immediately prior to the collision and that other data indicated he’d been a heavy user of his phone while driving in the months following. 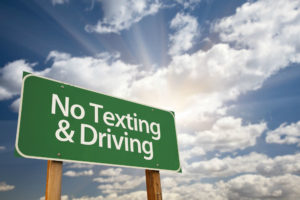 An expert witness who held multiple patents on cell phone technology was used to illustrate the alleged use and misuse of the cell phone while behind the wheel.

There were four conflicting policies managed by the employing company about use of cell phones and there were different rules for non-executives and executives when it came to using the phone while driving.

Executives were permitted to use their cell phones while driving.

Although the company and the employee directly alleged that the driver in the accident was not a corporate executive, the jury determined that he was.

If you were injured in an accident consult with the experienced attorneys at McDonald Worley today. The case review is FREE!