The daughter of a Kentucky woman who suffered a fatal bleeding episode allegedly caused by the popular, but controversial, blood-thinner is suing its manufacturers, Bayer AG and Janssen Pharmaceuticals.

Nancy B., daughter of Doris G., is part of a massive multidistrict litigation in Louisiana federal court, where she filed the wrongful death lawsuit.

, also known as rivaroxaban, is used to reduce the risk of stroke and systemic embolism in patients with nonvalvular atrial fibrillation; to treat deep vein thrombosis and pulmonary embolism; and to reduce the risk of recurrence of those conditions. It’s also used as a prophylactic treatment for deep vein thrombosis patients undergoing hip and knee replacement surgery.

Doctors at Kentucky’s Flaget Memorial Hospital prescribed to Doris as a prophylactic treatment for pulmonary embolism, according to the wrongful death lawsuit. 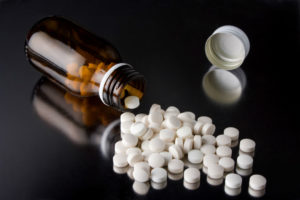 Just two weeks after she began taking it, Doris suffered a gastrointestinal bleed on Oct. 8, 2016. She was admitted to the hospital, where she died the same day “as a direct and proximate result” of , the wrongful death lawsuit alleges.

hit the U.S. market in 2011 and along with competitors Pradaxa and Eliquis is in a class of drugs known as next-generation oral anticoagulants.

It’s touted as being superior to Coumadin (warfarin), which for some six decades was the only drug of its type.

But Coumadin has a key advantage: An antidote exists in the event of an internal bleeding episode, something does not have. For Coumadin patients, an internal bleed can be reversed with the administration of vitamin K, which can stop the bleeding.

Due to the vast number of wrongful death lawsuits filed in federal courts across the country, a panel of federal judges in 2014 created a multidistrict litigation, centralizing all of the lawsuits in the U..S. District Court in the Eastern District of Louisiana.

A single judge, the Honorable Eldon E. Fallon, is presiding over the multidistrict litigation.

Multidistrict litigations are formed when a number of complex civil lawsuits containing similar facts and questions of law are filed in multiple jurisdictions.

Doing so helps expedite complicated cases by allowing dozens, or thousands, of similar lawsuits to have the same jurisdiction for all pretrial proceedings.

The judge selects a limited number of the cases to go to trial, something known as bellwether cases. Bellwether cases help both the plaintiffs and the defendants get an indication of how future juries may rule in cases with similar facts.

Forty wrongful death lawsuits have been selected as bellwether cases and to date just three have been tried. The defendants prevailed in all three.

If you or someone you love has been injured due to , contact the attorneys at McDonald Worley for a FREE case review.