A New York resident has filed a legal claim for recovery of compensation associated with his medical expenses after a Swift Transportation injury accident.

The plaintiff alleges that Swift Transportation was the owner of a 2017 freightliner involved in an accident with him.

On April 16, 2017, the defendant truck driver was operating his vehicle on I-84 in Indiana, according to the lawsuit filed after the Swift Transportation injury accident.

Allegedly, when the accident happened in April, the truck driver lost control of the vehicle and injured the plaintiff severely.

The defendant driver carelessly and recklessly was operating the vehicle when the accident happened, according to the lawsuit.

The plaintiff claims that critical injuries were sustained, prompting costly medical care, because the truck driver did not maintain control over his own vehicle. 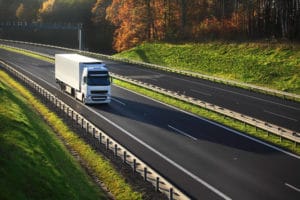 The defendant’s transportation company, Swift, is also named for being grossly negligent in their operation, maintenance, management, ownership, supervision, control and use of the vehicle and negligently hiring and supervising employees, including the defendant truck driver, named in this Swift Transportation injury accident lawsuit.

According to the Swift Transportation injury accident lawsuit, the plaintiff was damaged in a manner that exceeded the amount recoverable under insurance.

Any driver who loses control of a vehicle could be held responsible for the injuries sustained in a resulting accident.

Many trucking accidents lead to severe injuries and property damage because of the size and weight of commercial trucks. Even at low speeds, an accident with a fully-loaded 80,000 commercial truck could be devastating.

When a truck driver loses control, however, the accident repercussions may include catastrophic injury or death.

When the driver is under the influence of alcohol, driving recklessly, or not paying attention, the consequences can be even more serious.

If the truck is transporting hazardous materials, further accidents may be unavoidable if those materials leak or catch fire. For all of these reasons, prompt investigation of the trucking accident scene is not only recommended but vital in order to determine liability.

Trucking accidents can be especially complex because they may involve legal claims against numerous liable parties, including a driver and his or her employer.

If you’ve been injured in an accident, consult with the experienced attorneys at McDonald Worley today. Complete the form on this page to learn more about how you may be entitled to full and fair recovery of damages.