A new lawsuit has been filed after a patient claims to have sustained severe internal bleeding from that compromised his overall health and wellbeing.

On July 7, 2015, Kenneth says he suffered severe internal bleeding from  in the form of a hematoma and a mediastinal hemorrhage.

The lawsuit was filed in the eastern district of Louisiana against Janssen Research & Development and Johnson & Johnson, the makers of .

is a popular medication given to reduce the risk of systemic embolism and stroke in patients who suffer from nonvalvular atrial fibrillation, in addition to reduce the recurrence of DVT and for prophylaxis of DVT for patients who are undergoing knee and hip replacement surgery. 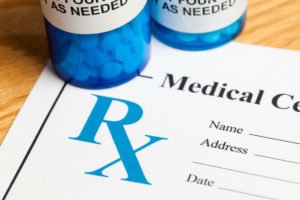 is marketed as a new and safe oral anticoagulant. However, it has been associated with severe and life threatening bleeding events. Many patients who have suffered internal bleeding from have filed lawsuits as a result of their severe injuries.

was first introduced as an anticoagulant in July 2011. It is marketed as a new version of blood thinning drugs to replace the very popular Warfarin. Warfarin has been used over the past 60 years as a safe treatment for preventing systemic embolism and stroke.

Claims Made in Bleeding Lawsuit

The internal bleeding from lawsuit argues that the manufacturers did not take enough safety precautions in order to minimize the risk of severe bleeding events and that the studies used to support the approval of in the United States did not comprehensively consider all relevant issues and appropriate dosage monitoring.

According to the FDA’s adverse event reporting system, there are serious adverse events including internal bleeding from . More than 1,000 such reports were filed between 2011 and 2012 alone. Another 1,000 were filed by the end of the 2012 fiscal year; the first full year after was approved to be on the market.

How Do I Know if I’m Suffering from Internal Bleeding?

Signs of severe internal bleeding should be reported to your doctor immediately. Some of the most common signs that a patient taking is bleeding include:

If you’ve been taking for any period of time and develop these symptoms, you need medical attention right away. Left unchecked, severe internal bleeding could endanger your life and present a host of serious complications.

Those individuals who have suffered serious adverse events may be entitled to recover compensation by filing an internal bleeding from lawsuit..

The lawyers at McDonald Worley provide assistance to victims in this situation to determine whether or not you could benefit from filing a legal claim for compensation. Call today for a FREE case review!