Fatal Tractor Trailer Crash Could Have Been Prevented, Lawsuit Says

A Texas tractor trailer crash along I-10 in West Texas led to multiple fatalities, according to a recently filed lawsuit. The district court records in Harris County show that a representative of a victim in that crash filed the lawsuit.

The victim in the case was a passenger in a Volkswagen Jetta that was traveling on I-10 west in October 2016 when a tractor trailer reportedly drove over the median and swerved towards oncoming traffic.

According to the Texas tractor trailer crash lawsuit, the truck driver struck the victim’s vehicle head on and the crash led to fatal injuries for the driver as well as two other passengers in that car. Furthermore, the lawsuit argues that the truck driver in the Texas tractor trailer crash hit another car, which was disabled at the time, prior to the second part of the accident.

The employer as well as the driver are both named in the lawsuit as being responsible for the fatal accident. If a plaintiff can show that the employer company was negligent in its hiring or management of a driver, multiple entities could be named.

In addition to filing a legal claim against the negligent driver, the Texas tractor trailer crash lawsuit purports that the employer is responsible for negligent training, hiring, supervision and retention of the driver.

The driver is named for failing to safely operate the tractor trailer as well as failing to observe existing traffic regulations and rules. Texas tractor trailer accidents can be catastrophic particularly if the driver of the truck is under the influence of drugs or alcohol or is operating the vehicle recklessly such as at excessive speed. 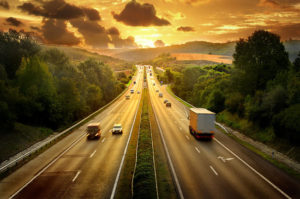 When trucks cross the median, they can lead to catastrophic head on collisions because of the sheer size and weight of a fully loaded tractor trailer.

Tractor trailers can be unstable in the event that they jackknife but a fully loaded commercial truck or tractor trailer is much larger than a traditional passenger vehicle and therefore, the injuries often sustained in a Texas tractor trailer accident can be catastrophic or fatal.

If you or someone you know has already suffered devastating injuries in a Texas tractor trailer accident, you may have grounds against both the negligent truck driver as well as the company hiring him or her. Tractor trailer crashes are often complex because of the liability allegations against multiple parties and the types of evidence that must be collected from the accident scene as soon as possible.

A proper investigation of the accident scene needs to be completed as soon as possible to give you the best chance to identify all possibly liable parties. The right attorney should be retained immediately.

If you believe you have grounds for a Texas tractor trailer lawsuit, consult with the lawyers at McDonald Worley today. The case evaluation is free.